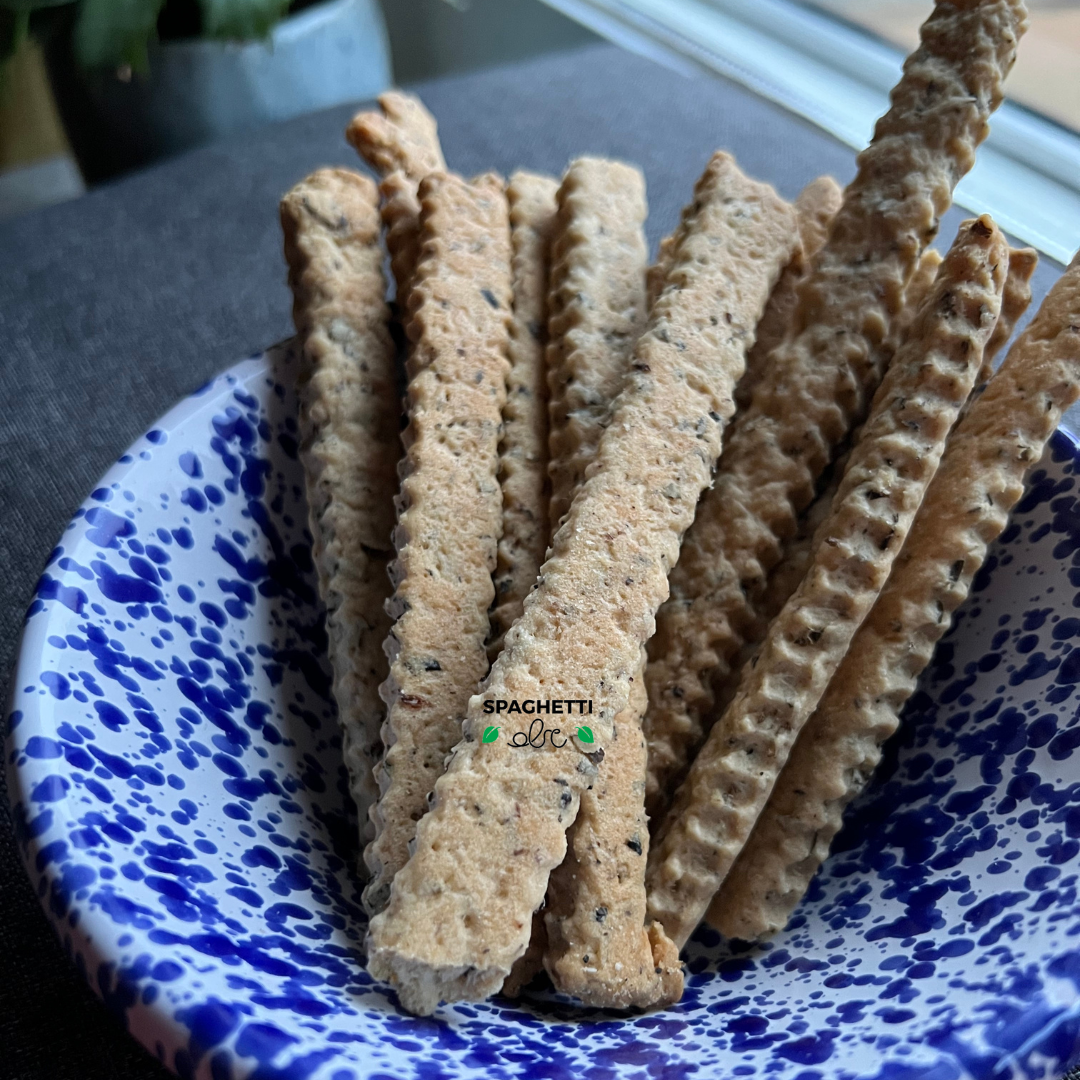 Grissini are tasty bread sticks that originated in Piedmont.

According to the most accrediated sources, grissini date back to the Middle Ages. Their name derives from “ghërssin,” or small “grissia,” the bread popular in the past in the Turin and Asti areas. When the Piedmont area was hit by heavy inflation in the second half of the 1300s, bread stopped being sold by weight but by loaves: it was then that “grissia” became thinner and thinner until it became “ghërssin.”

In my version I will use extra virgin olive oil and wine to make them crispier, along with a pinch of baking soda to make them nice and puffy and the Mediterranean aroma of oregano.

Pour the flour, salt, baking soda and oregano into a large bowl, then mix thoroughly.

Then add the oil and the wine. Knead quickly until the dough is smooth and homogeneous. This will take very few minutes.

Let the dough rest for at least half an hour. When ready, you will see some withe dot on it: this is the reaction of the baking soda.

Roll out the dough with a rolling pin, giving it a circular shape an a thickness of 3 millimeters.
With a pasta cutter, cut the dough in stripes 1,5 cm wide and arrange them on baking sheet lined with parchment paper.

Place close enough together because there will be no rising. Bake in a preheated oven at 180 degrees for about 25/30 minutes. They will be ready when they have turned a nice golden-amber color (not brown). The time required will vary depending on your oven and on the thickness of the dough, so be sure to check often.

They will keep for a week in a tightly sealed container. But well, they will definitely finish much sooner.