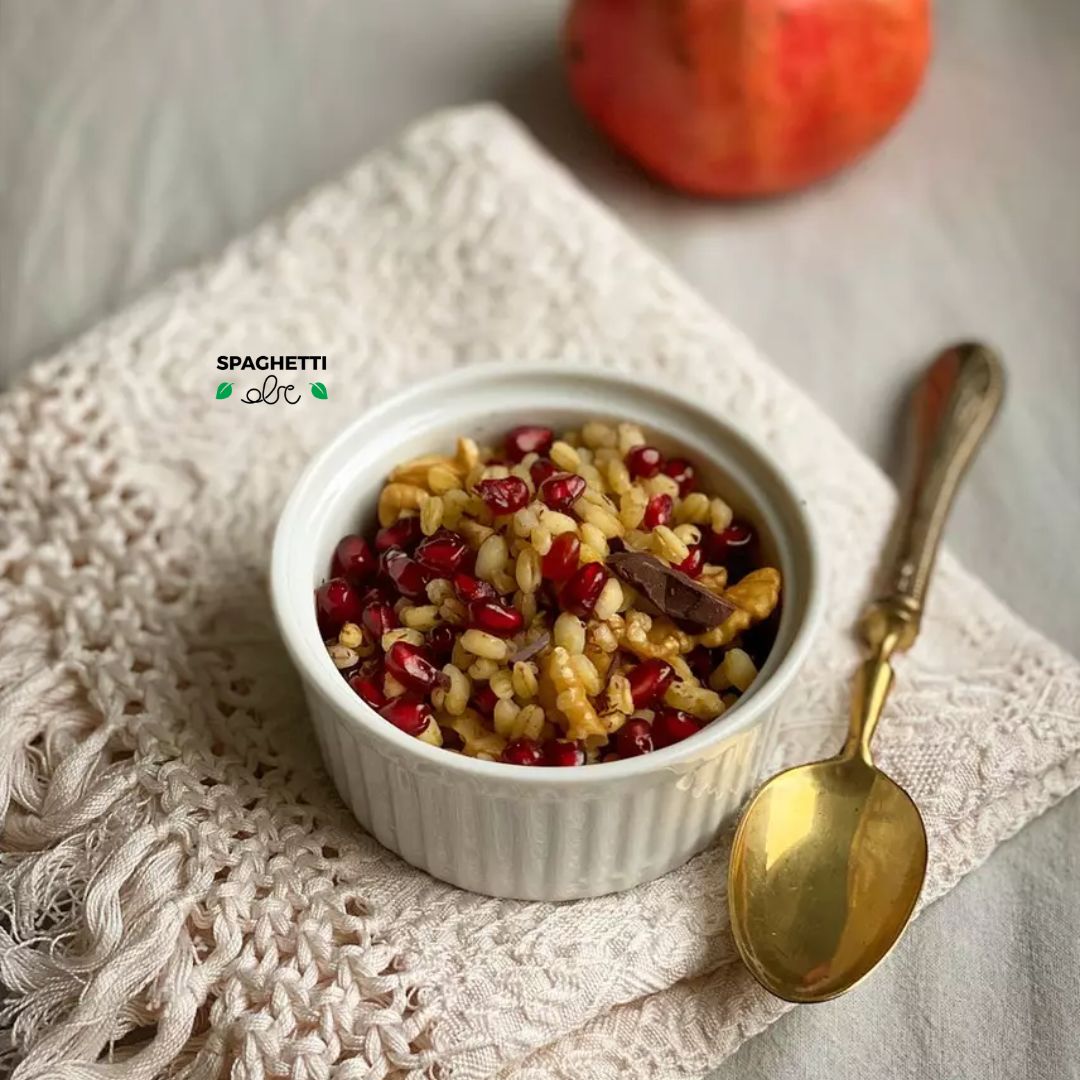 In particular, the Bari name is related to the Greek name “kolyba”(or kolyva), which indicates precisely the cooked grain.
While in Puglia it is served in November-the month of the dead-, in countries of Orthodox culture (Greece, but also Russia) it is consumed after the funeral.

Each ingredient is strongly symbolic: from wheat, representing rebirth, to chocolate, the earth that welcomes the deceased, pomegranate, which recalls blood, and walnut, because of its shape, bones.
From a tasting point of view, it is a fresh, sweet-and-sour, comforting dessert with an ancient flavor.

Cook the wheat in plenty of boiling water. Drain it and let it cool.
Meanwhile, shell the pomegranate, coarsely chop the walnuts chop the dark chocolate stick with a knife.

In a bowl, mix the ingredients, blending well.
Serve in bowl, topping with a few drops of grape vincotto. Alternatively, it can be replaced with balsamic vinegar glaze.